Excitement is building for the 2012 Olympics and Paralympics. The games start in less than 100 days! Keys to performing well in competition include training, good equipment, and healthy eating. The same is true for non-athletes as well. It is especially important for amputees, because adding extra pounds can easily have an adverse affect on the fit and comfort of a prosthesis.

We’ve asked athletes sponsored by WillowWood to share their favorite tips and healthy recipes with us. Over the next couple months, we’ll be sharing some of the healthy (yet still yummy) recipes that help fuel them during their training, as well as several of their pre-competition snacks or meals.

A former captain of the world championship Canadian Amputee Hockey Team, Brent Clemens remains extremely active. Brent is an elite official for numerous hockey events across Ontario, including the Provincial Woman’s Jr. League. Sometimes he’s on the ice calling 10-15 games a weekend! Brent also referees lacrosse for the Ontario Lacrosse Association at all minor levels. Add to that playing on an able-bodied hockey team, working out at least three times a week, downhill skiing in the winter, and golfing in the summer as time permits, and you get the picture. Brent doesn’t slow down!

With this many activities, Brent has a power menu that helps charge him up and keeps him going:

According to Brent, his pre- and post-game menu “keeps an aging athlete strong and competitive”. 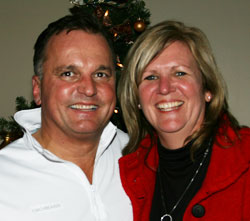 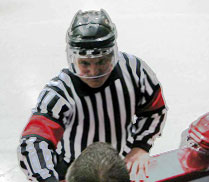 Brent referees hockey all across Ontario, including OMHA and OWHA games.